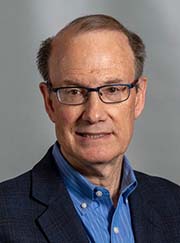 Principal Investigator
Dr. Rosenzweig is the Chief of Cardiology and Co-Director of the Corrigan-Minehan Heart Center at the Massachusetts General Hospital (MGH), and the Paul Dudley White Professor of Medicine at Harvard Medical School. Previous leadership roles include having served as the Director of the Program in Cardiovascular Gene Therapy at MGH (1999-2006), an Associate Editor of the New England Journal of Medicine (2003-2013), and a Trustee of the Harvard Clinical Research Institute (2008-2015), an academic CRO, as well as the Director of Cardiovascular Research and Associate Chief of Cardiology at the Beth Israel Deaconess Medical Center (2006-2015). Dr. Rosenzweig has had a consistent interest in the translational implications of basic research, and is a co-inventor on novel approaches to cardiovascular diagnosis and therapy currently licensed or in clinical trials. Dr. Rosenzweig is also a committed mentor who has personally supervised over fifty research fellows in his laboratory. Most who have left the laboratory have gone on to full-time academic faculty positions with substantial research commitments and of these, nine hold major leadership positions. In addition, Dr. Rosenzweig serves as the Program Director for the MGH NIH cardiovascular T32 training grant and previously served on the Scientific Board of the Sarnoff Foundation, an organization devoted to mentoring young investigators. Previous awards and honors include the Roman W. DeSanctis Clinical Scholar Award, an Established Investigator Award of the American Heart Association, and election into the American Society for Clinical Investigation (ASCI) and the American Association of Physicians (AAP).

The Rosenzweig Lab 2022 . Powered by WordPress